RSS
← Further progress on the back deck
Balcony Boards →

More on the poweriser bag

Last post I ended with the outside material cut for the poweriser bag. Next we need to do the inside material for the bag.

Because no one is actually going to see the inside very clearly, I decided to use some material that I had left lying around from other projects. It’s not bad material, it’s thick enough and does have a pattern, however some of it is not big enough for the whole size of the bag. This means I may need to cut it and sew together parts to make it big enough.

For the parts that are big enough, it’s just a matter of getting one of the outer pieces and lying it on top of the material and cutting around it. If it isn’t big enough the first step is similar. Lie the largest piece down on the table and then cover it with the outer material. 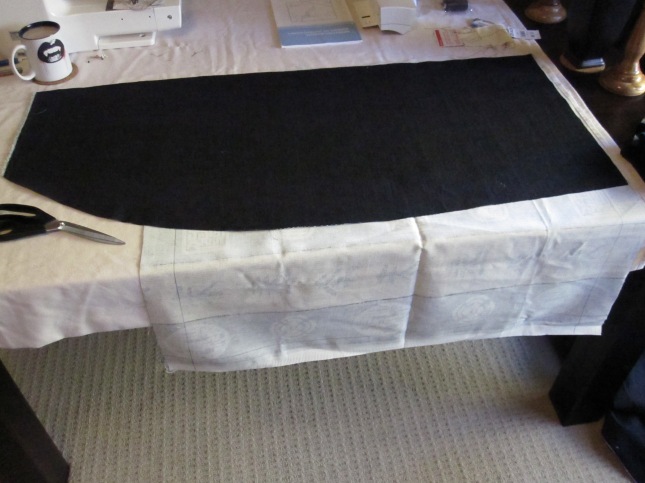 Then cut around the parts that are over hanging to be able to make as much of the shape as you can. Once you’ve got the first part of the shape, the next step is to find another piece that’s going to fit in the gap. When you place it on the table, over lap the old piece with the new piece as below…

Lay the outer material down again and cut around the edges so that the new piece also is trimmed to the right size.

Once this is done, we’re ready to sew the two pieces together to make the whole thing like one piece of material. Remove the outer material altogether and any scraps let over from cutting.

As you can see above, the next step is to put pins through the two pieces where they overlap so that we can then lift the piece of material up and take it to the sewing machine to join then together.

Once on the sewing machine, it’s just a matter of sewing along the edge of the join with a wide zig zag stitch to ensure that the two pieces are held together. Ideally, we want to over lap the stitch a little so the fabric doesn’t fray. To make sure the join is very strong, we’ll do three rows of stitching. 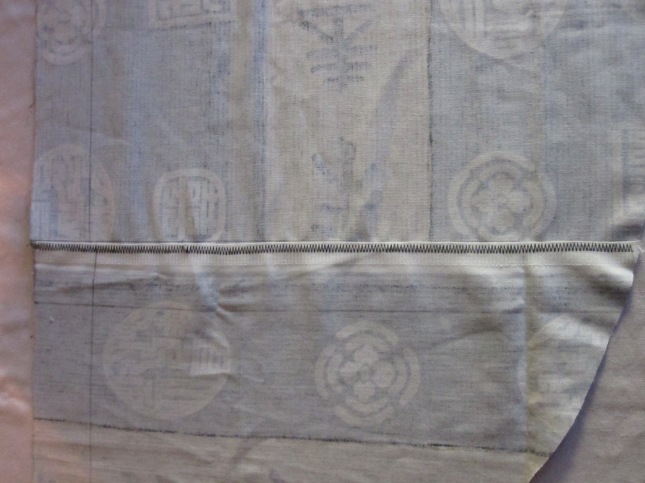 Then flip the material over and do exactly the same thing, but on the patterned side this time… 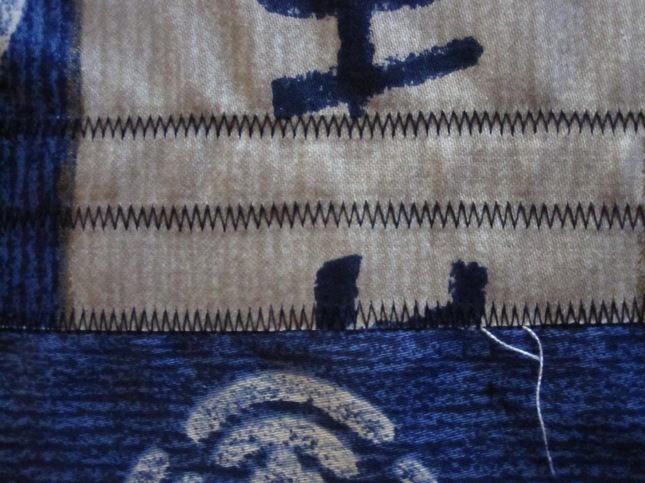 Then (and you can see this in the above pic as well), run the same stitch right through the middle of the two other stitches. This probably isn’t necessary, but I wanted to be sure that with the weight of the powerisers I wasn’t going to have any problems with seams coming apart.

Each join was done the same way and I was able to get all four pieces out of the left over material I had. Here’s a view of the other side of the material.

The key thing to remember is that it doesn’t have to look great, no one will see this side of the bag. Secondly, it has to be strong. And thirdly, remember that the pattern part should face out on each part you sew together.

Finally, cut off the loose cotton where you’ve sewed and then put it aside then start on the next one. Once all four pieces are done, I’ll continue on with the next steps in the next blog post.

Posted by myriadprojects on July 23, 2012 in Powerisers (jumping stilts), Sewing

← Further progress on the back deck
Balcony Boards →